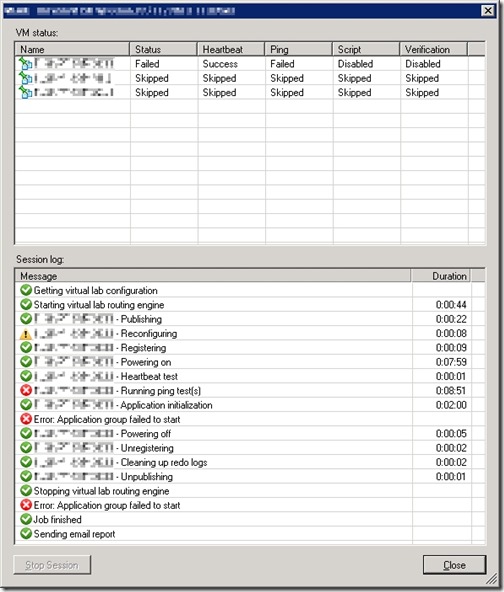 The server was up and running and I could log onto it using the console, so figured here must be an issue with networking.  After a bit of messing around it became apparent that the Virtual Lab network used by the VM was not configured on the host it was using (there are many hosts in the cluster).  Simply adding the network to the host solved the problem, I restarted the SureBackup job and it passed the ping test instantly.

Comments are closed, but trackbacks and pingbacks are open.

← Host is not in compliance with the attached profile
Error creating a datastore in ESXi 5.5 →