Error creating a datastore in ESXi 5.5

I have just downloaded a trial copy of ESXi 5.5 and installed it onto a server with 3 hard disks.  The hypervisor is installed on disk 1 but when attempting to create datastores on disks 2 and 3 I receive the following error message:

A specified parameter was not correct 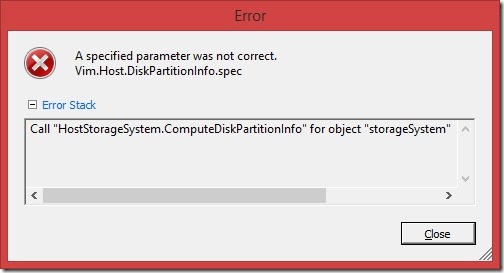 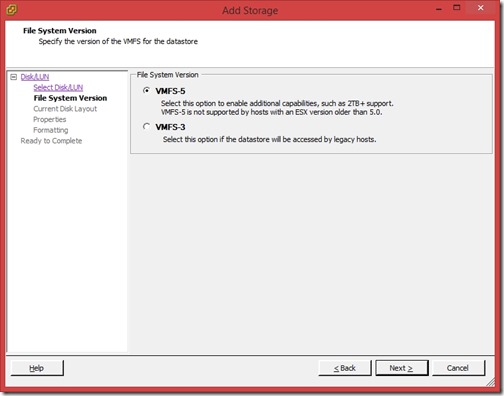 I now have VMFS-5 datastores on all disks:

I believe that the error may have been caused by existing Windows partitions on the disks, so I could easily have removed them in many different ways before trying to create the new VMFS-5 datastores.